CONGRATULATIONS to author SCOTT HILDRETH
on the  release of his 16th book, 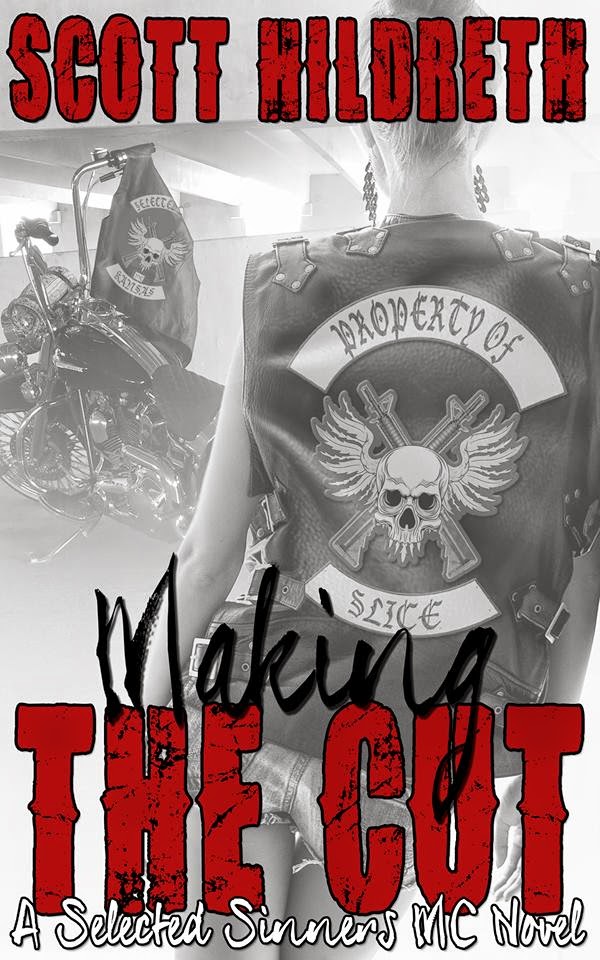 
Slice is the President of the Selected Sinners MC. He lives a life of being an  outlaw, and believes the club motto, The Devil Looks After His Own, to be true. Additionally, he believes if the club wanted a member to have an Ol’ Lady, one would have been sewn on the front of their cut when they were patched in.


With his father serving a life prison sentence and no idea of who his mother is, Slice is a loner and one of a dying breed of outlaws who thumb their noses at the law, the government, and any expectation society may have placed on them.

Avery Taylor traveled half way across the United States to attend school and escape her religious overbearing mother. Now a senior in college, she yearns to live a life opposite of the one she has lived to date; under the thumb of her strict parents.


Avery believes she wants a bad boy; someone who can take charge of her in-your-face personality, harsh mouth, and take no sh*t attitude. Working in a bar part time as a bartender, she’s shocked one night when the Selected Sinners MC comes in for a drink.


Her shock turns to lust when Slice walks in.

But she has no idea how bad of a bad boy Slice truly is. 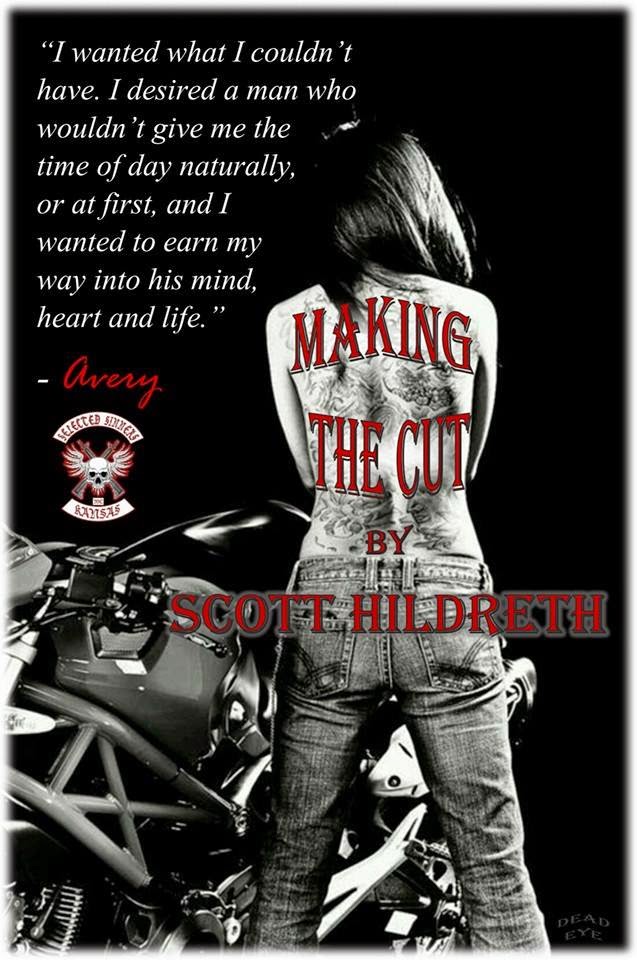 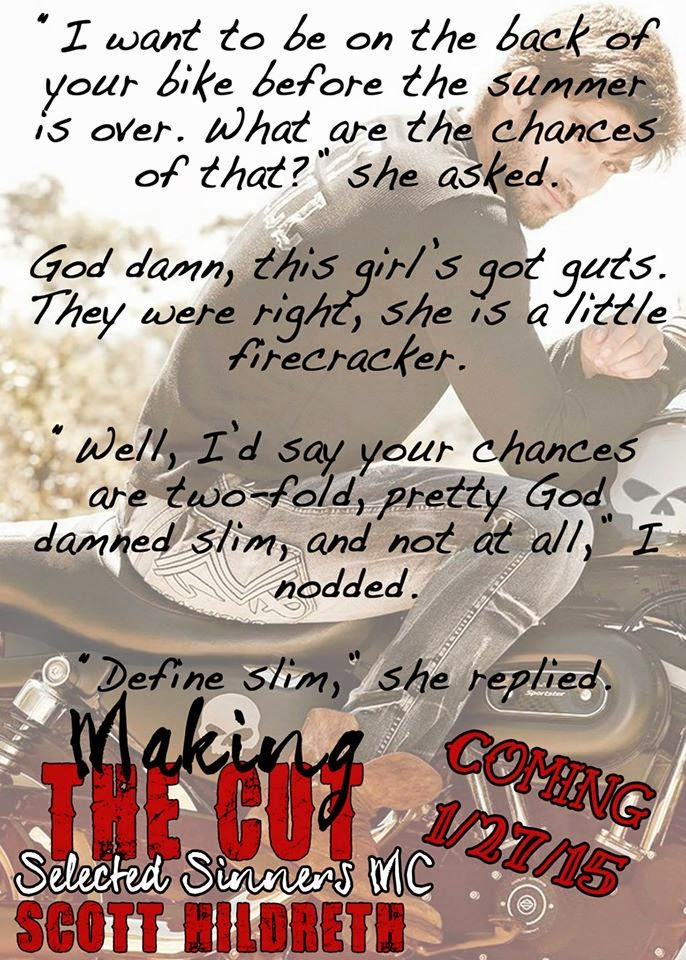 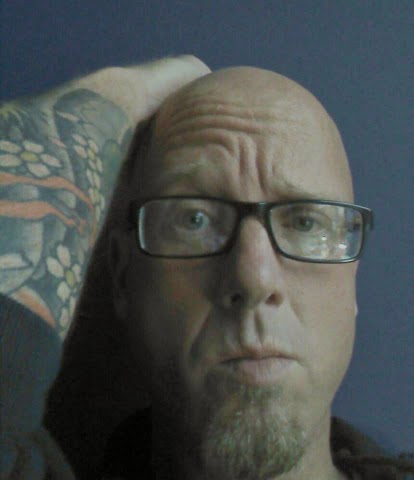 a very analytical sort who bases his beliefs on

statistics he compiles in his head. Often going as long as a month without so

much as a single sip of water, he drinks coffee as if it were the lifeblood of

rides. Tall and lean with a cleanly shaven head and covered in tattoos, he

doesn’t blend in well. After reading his writings, this makes perfect sense.

His vibrant characters, backstories, and plots, although always relatable, generally

stand out as much as he does.


Willing to discuss matters at length most people

shy away from, Scott’s writing has revolved around such subjects as domestic

Wichita, Kansas his home. He is a proud father, and lives devoted to the love

of his life, Jessica. When he isn’t writing, he may be found on his motorcycle

or in a local coffee house.

Girl - Loved, To the Depths of Hell, The Alpha-Bet, Finding Parker, Karter, and

Confessions of a Smut Author. 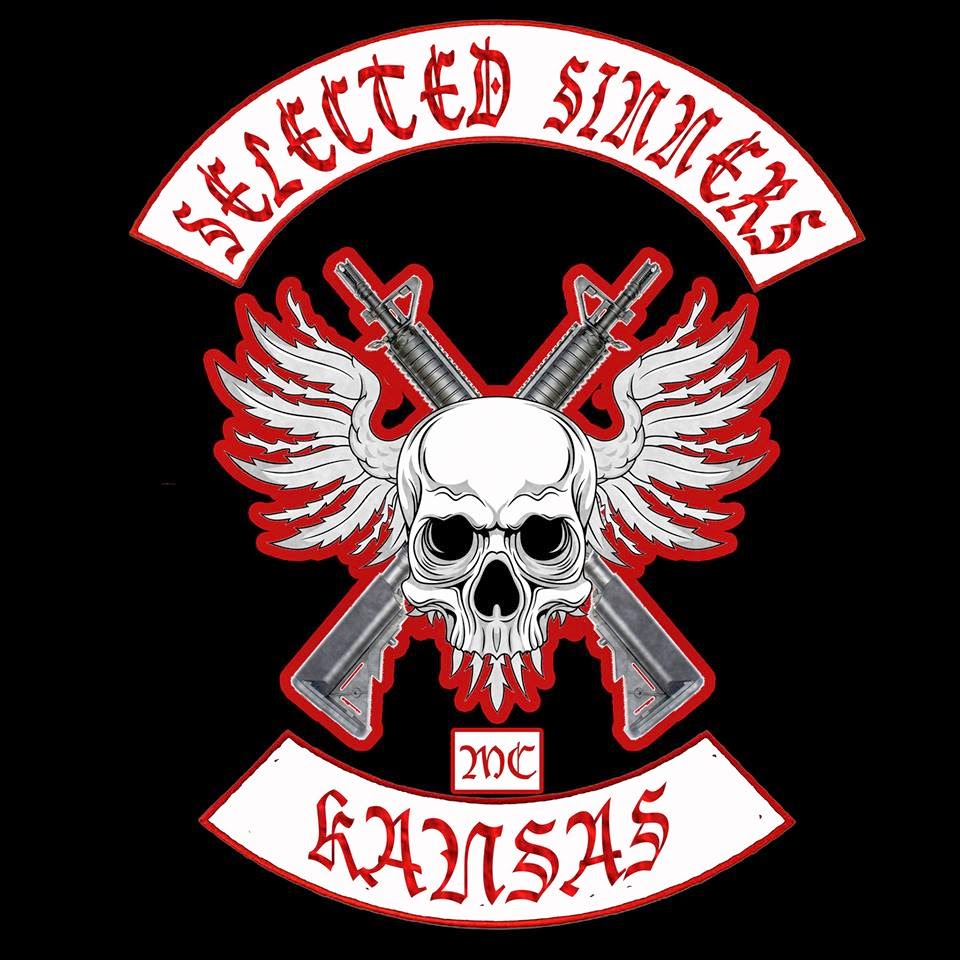