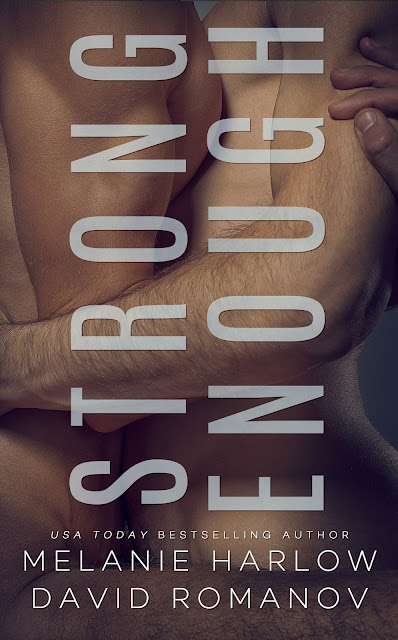 I wasn’t looking for Derek Wolfe.

I wasn’t looking for anybody. All I wanted was to start a new life in America. But when I found myself stranded here with no place to go, he came to my rescue, offering me a place to stay.
He’s smart, successful, and sexy as hell—I can barely sleep knowing he’s right down the hall. And when the chemistry between us explodes one night with fierce, fiery passion, it’s hard to deny there’s something real between us.

He says he was drunk. He says it was a one-time thing. He says he’s not into guys and what we did meant nothing.

Figuring I’d had enough booze to blunt his effect on me, I rolled up the sleeves of my black button-down shirt and moved next to him. “I’ll help you.”

I caught him trying to not to look at my wrists and forearms, and it made me smile. How does it feel to want someone and have to hide it? “You wash, I’ll dry?”

We worked in silence, shoulder to shoulder, and I found myself increasingly—and disturbingly—pleased at the thought of him being attracted to me and being forced to conceal it. It was fucking horrible of me to take pleasure in his discomfort, but I liked being secretly wanted. Being illicitly desired. Being the object of his covert glances and maybe even his darkest, dirtiest thoughts. I let our arms touch more than necessary, as thrilled by the physical contact as I was by the thought of what it might be doing to him.

For there is no man who does not sin.

My dick started to get hard, clearly unbothered by the whiskey that was breaking down my inhibitions, pushing past all my defenses, and letting my imagination run wild.

“Carolyn is so nice,” he said, handing me the last serving dish left to be dried.

He turned off the water. Rested his wet hands on the edge of the sink. “I didn’t realize you had a girlfriend.”

And I heard it in his voice—the slightest edge of jealousy, so faint I might never have noticed it had I not been so hyperaware of everything about him right now. I fucking loved it.

“She’s not my girlfriend.”

“Oh.” Now there was confusion. “I guess I misunderstood.”

“She wants to be my girlfriend.”

Of course there was silence. Maxim would never ask what the problem was. But I wanted to tell him. I wanted him to know. I wanted to share the impossible longing I felt with one person who might understand it.

“The problem is me.”

He was completely still. Before I could stop myself, I covered his right hand with my left. “Sometimes I don’t know what I want.”

He yanked his hand from beneath mine and we faced each other.

For the first time tonight, I looked him right in the eye. Nothing around us existed for me anymore. I heard only his breath. Smelled only his skin. Saw only his guarded expression.

I had to have him.

Great first jump out of the gate for this collaborative team of writers.  This is a stand alone novel and the first time writing in this genre for Melanie Harlow.  The two writers compliment each other well and bring us a touching romance filled with self discovery, humor, some angst and a whole lot of steam!

Derek has spent his life denying who he truly was because it was the "right" thing to do.  Maxim has spent his life hiding who he was for safety but still very secure in his sexuality.  Chance circumstances through these two together and what follows is a lesson of the heart.  Who we love and who we are attracted to cannot be dictated by society.  Acceptance of ourselves is a greater hurdle.  Love can ultimately heal us all.  I was so happy for Derek's siblings and their support of him. I was also so very impressed with Maxim sticking to his guns about what he deserved out of a relationship.

Just a perfect romantic read all around.  Truly enjoyed this couple. 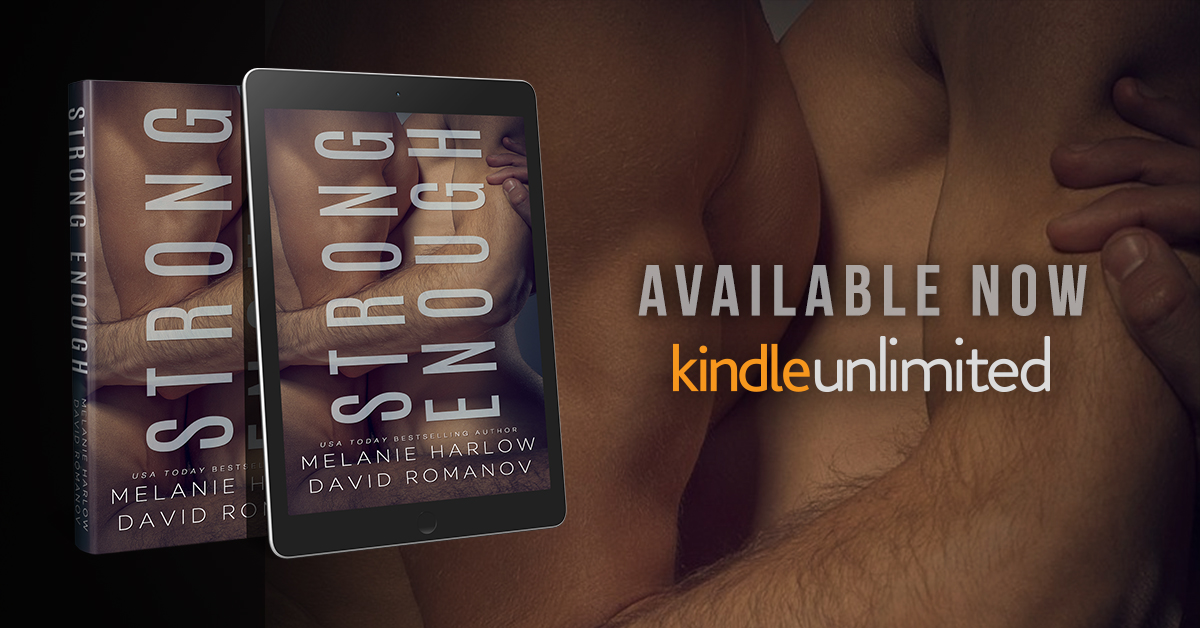 Melanie Harlow writes sexy, emotional romance about strong, stubborn characters who can’t help falling in love. She’s addicted to bacon, gin martinis, and summer reading on the screened-in porch. If she’s not buried in a book or binging on Netflix, you might find her running, putting a bun in someone’s hair, or driving to and from the dance studio. She lives outside Detroit with her husband and two daughters.

Melanie is the USA Today bestselling author of the HAPPY CRAZY LOVE series, the FRENCHED series, MAN CANDY, AFTER WE FALL, IF YOU WERE MINE, and the sexy historical SPEAK EASY duet, set in the 1920s.

For David Romanov, STRONG ENOUGH is to a great extent autobiographical. Born in Russia and raised in Europe, he landed in the United States at the age of 24, where he learned a lot about cultural differences between East and West. David firmly believes in ‘The One’ and learning through love. When he isn’t traveling or educating Melanie in Russian culture, he enjoys books and the company of his husband and dog in Los Angeles.