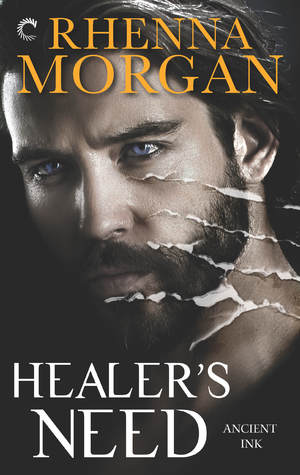 When the hunter is your mate, being prey is anything but terrifying

Coyote shifter Tate Allen has been watching. Learning his mate every possible way before he moves in. Protecting her through the night, always from afar.

He’ll be the one to teach her about her gifts. He’ll be there when she changes for the first time.

With him, she’ll fulfill her destiny.

Elise Ralston loves Tate for the patience he’s shown. The faith he’s demonstrated—denying himself what he needs sexually, even as he teaches her about pleasure.

For Tate, Elise is willing to try. To revel in touch, to give him control…and to embrace her healer’s need.

But someone unknown is still stalking the clan, threatening more than Tate and Elise’s bond. And Elise is a prime target—precious for the magic she hasn’t even learned yet.

This is the second book in the series and although it would be ok to read as a stand alone, I think you should read them in order. If anything, the world building and mythology is so very different from most paranormal tropes, you will want to be up to speed before reading this book. That said, this book starts right after book 1 ends. This is Tate and Elise's story.

Tate recognizes Elise as his mate as soon as he sees her. It scares the crap out of him and since she is new to their world, he freaks out that she will disavow his mate claim. Keeping his distance only makes him crabby and his clan mates can't help but tease him. Tate is a worthy warrior and has an even bigger heart. He is so patient with Elise and goes at her speed.

Thanks to meddling by just about everyone, they soon realize what they mean to each other and start their journey toward a life time commitment. Laid over the top of all this steamy romance is the danger of Priest's brother and what he may be up to. Lots of action around this throughout the book.

The reader knows that Tate and Elise will end up together, but what makes the story, is Elise coming into her own. She has demons from the past that threaten all that she could be. Support from the clan and love from Tate, help her to realize how strong she can be.

I really love Rhenna's take on this clan of shifters. It's unique and makes for an interesting read. She writes strong women and love crazed alpha males. That said, because it is unique, it almost may be better to read the books back to back after they come out. I found myself having to re-read the last part of book 1 to get myself back into the world again. Not that that is bad. You just won't be able to place this story line within any other paranormal trope.

LOVED!!! Can't wait for more! Jade and Alek should have interesting HEA as well.

*Complimentary copy provided via Netgalley for an honest review. 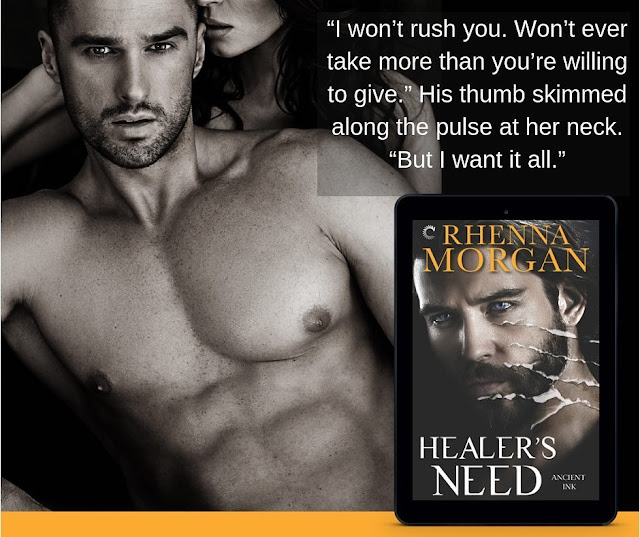 A native Oklahoman with two beautiful girls, Rhenna Morgan is a certified romance junkie and has a resume that reflects her passion for new experiences. Since graduating with a Bachelors in Radio, Television, and Film at Oklahoma State, she’s racked up positions ranging from on-air radio talent, skip tracer, and promotions director, to real estate agent, project manager, and business analyst.

Like most women, she’s got obligations stacked tight from dawn to dusk. To combat the crush of reality, she’s turned to romance as her primary source of escape ever since she cracked the spine on her first Christine Feehan book years ago. Whether it’s contemporary, paranormal, or fantasy you’re after, Rhenna’s stories pack new, exciting worlds, and strong, intuitive men who fight to keep the women they want.

For advance release news and exclusive content, sign up for her newsletter at http://RhennaMorgan.com. You can also find her social media links there, along with her smoking hot inspiration boards.